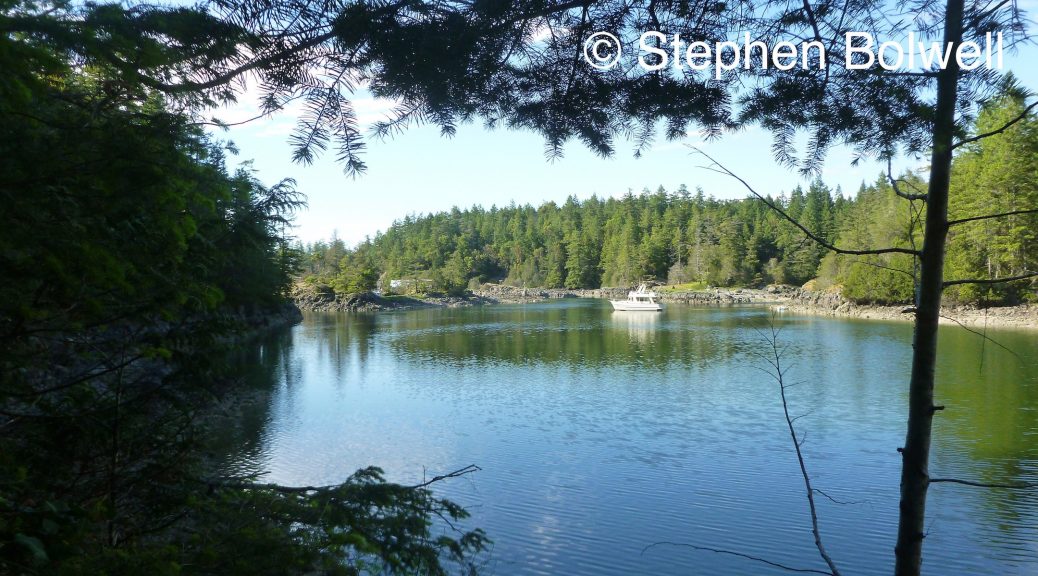 I can’t remember exactly how many smuggler’s coves I’ve visited, but it’s a lot –

their appeal is irresistible. In the Caribbean they are perhaps at their most romantic; whilst in the Britain they’re the sort of places you might expect to see on an episode of Poldark. Along England’s  south west coast, where men in tricorne hats once shot unreliably at one other with flintlock pistols,  smuggler’s coves are two a penny.

My favourite cove is Lulworth in Dorset, it is amongst the most beautiful of any to be found in Britain and part of the Jurassic Coast World Heritage Site. There’s even a cave close by – what could be more perfect for smugglers?

Through geological time, sand and clay deposits were scoured out by marine erosion, and this continued into the surrounding limestone until this area was  breached on the seaward side: the resultant cove formed an almost perfect circle  surrounded by chalk cliffs.

Every old cove has history, and Lulworth is no exception. On its eastern side are the remains of a fossil forest: the stumps of 140 million year old conifers (gymnosperms) named Protocupressionoxylon purbeckensis which make up perhaps the most complete fosilised forest so far recorded.

Britain’s shores are invariably beautiful and display many geological wonders, especially along the Dorset coastline, producing bays and coves that have formed over millions of years to eventually become hiding places of importance for smugglers during ‘the golden age’ of smuggling – running from the late 1600s through into the 1700s when smuggling and piracy were at their peak. Such events are viewed today in a romantic way and also retrospectively, with the actuality more disturbing than many of us could imagine: those involved were often desperate, violent men who thought nothing of murdering anybody who might threaten their illicit activities or reveal their identities. Back then life could be desperately harsh and for those living on the coastline, smuggling was a serious option as a part-time job especially for those worn down by poverty.

Twenty four years later Jen and I would visit another smuggler’s cove, this time –without the children, as they are now able to feed themselves.

This ‘Smuggler’s Cove’ is on the Sechelt Peninsula in British Columbia and it carries that name. When ‘the golden age” was at its peak in the Atlantic region, smuggling wasn’t happening along Canada’s Pacific coast, not because of any shortage of locations – Canada has the most extensive coastline of any country in the world – but because back in the 1700s the indigenous people of the region had better things to do than tax imported goods. European settlers were in short supply and it was a while before this new wave of immigrants would sweep through bringing with them authoritarian habits, and placing taxes on anything they could get away with.

We were to visit on 21st May 2019  a place that is noted for more recent smuggling events – such activities didn’t become consequential here until after the American Civil War. In the 1880s the cove was used to move Chinese railroad workers short of work in Canada, into the United States; they would pay for the privilege in the hopes of a better chance of employment. 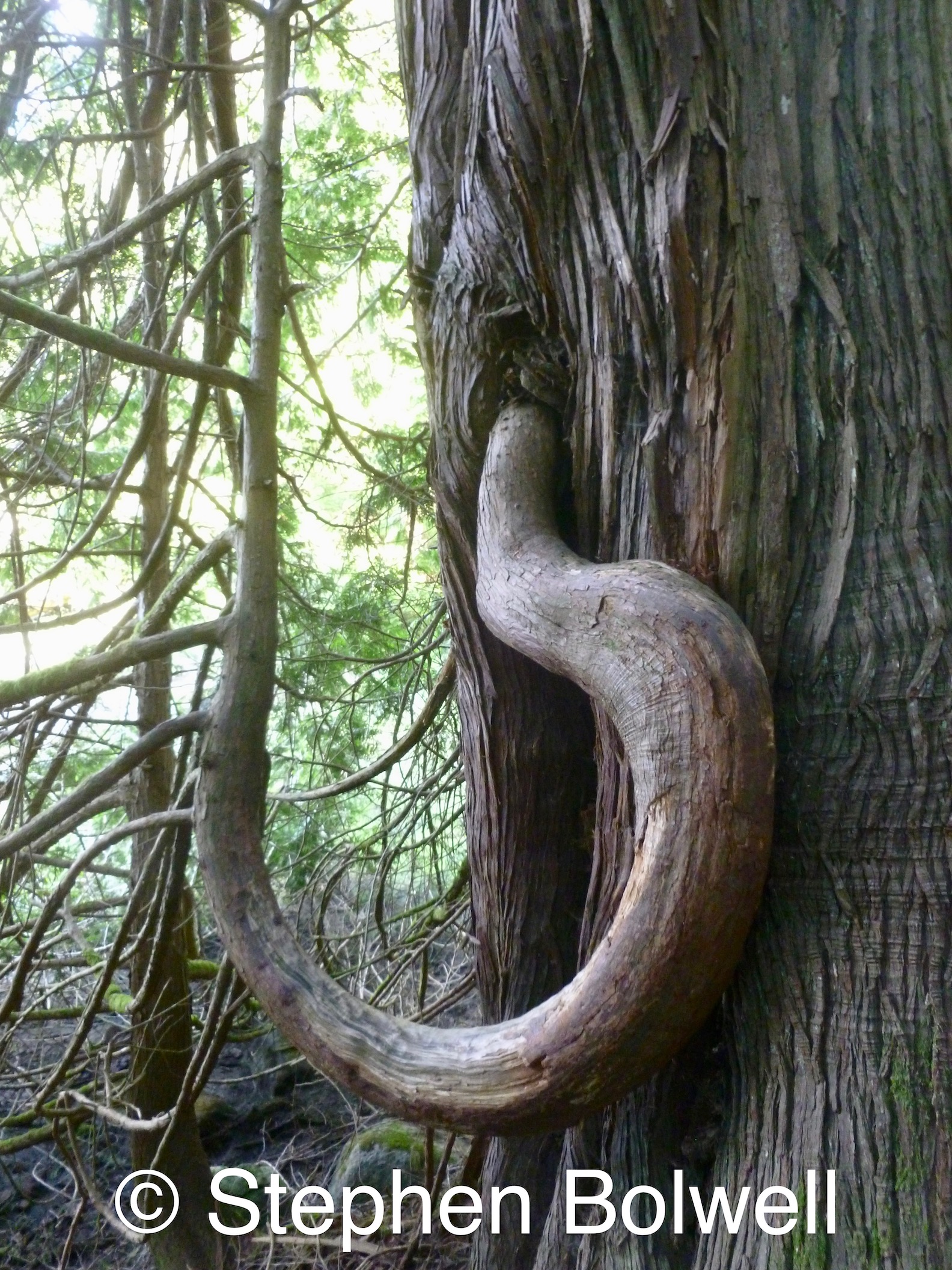 The one question that troubles me about recorded events is: did ‘King of the Smugglers’ Larry Kelly, really incorporate his version of ‘Chinese whispers’ into proceedings by tying railroad workers on a line of rope which he attacked to a block of pig iron, then threatened to push it over the side if there was any chance of discovery by U.S. customs officials – was this a bluff or did he intend to do it? Later, during the 1920s and early 30s, rum running provided further opportunities for smugglers looking to make a different sort of killing, by  running moonshine during prohibition.

Arriving at the cove by sea involves coming in through the north end of Welcome Pass, but walking in is the option that most people take. Our visit involved a drive out of Sechelt on Brooks Road to arrive at Smuggler’s Cove Marine Provincial Park in about 15 minutes. Once there we walked through three distinct habitats. Initially, shaded by trees, we passed through a small section of forest, which soon opened out onto an extensive freshwater wetland which we crossed by means of a boardwalk: without this it would have been impossible because the water level is well maintained, most likely by beavers. To be honest, I’ve seldom encountered a more impressive example unless in Maine on the opposite side of the continent. Finally we ascended into a wooded coastal area where it was possible to walk around the cove as far as it’s entrance, along the way gaining spectacular views out to sea.

This wetland supports a wide variety of plant and animal species,  there was a lot to see and we toke our time. Insect bites weren’t too much of a problem which is different from the way things usually are in such places, especially over on the East Coast where at certain times of the year you can expect to be eaten alive by black fly and mosquito.

This is a colourful place,  even at noon with the sun at its highest, the sky held its azure blue intensity and  good landscape pictures were easy to achieve; usually, morning and evening light will provide the most interesting photographic images, but with the surrounding forest creating heavy foreground shadow when the sun was low, the middle of the day provided the best opportunity for taking pictures.

Birds are certainly less active, during the heat of the day, with insects such as butterflies and dragonflies more easily captured in full sunlight. The only problem is that the warmer it gets the more active they become and most  won’t hang around long enough to have their portraits taken, although dragonflies will usually return to a favoured perch.

When we come to the end of the boardwalk, the track rises through a forested region which brings us steadily closer to the rocky coastline; the path twists through dappled sunlight until eventually we arrive at a sudden reveal of Smuggler’s Cove which is down a wooded slope to our right, sheltered and surrounded almost completely on all sides by rocky outcrops. The entrance point is very narrow making this an ideal place for clandestine activities and unless you are aware of this hidden place, it is not so easily noticed from the seaward side. 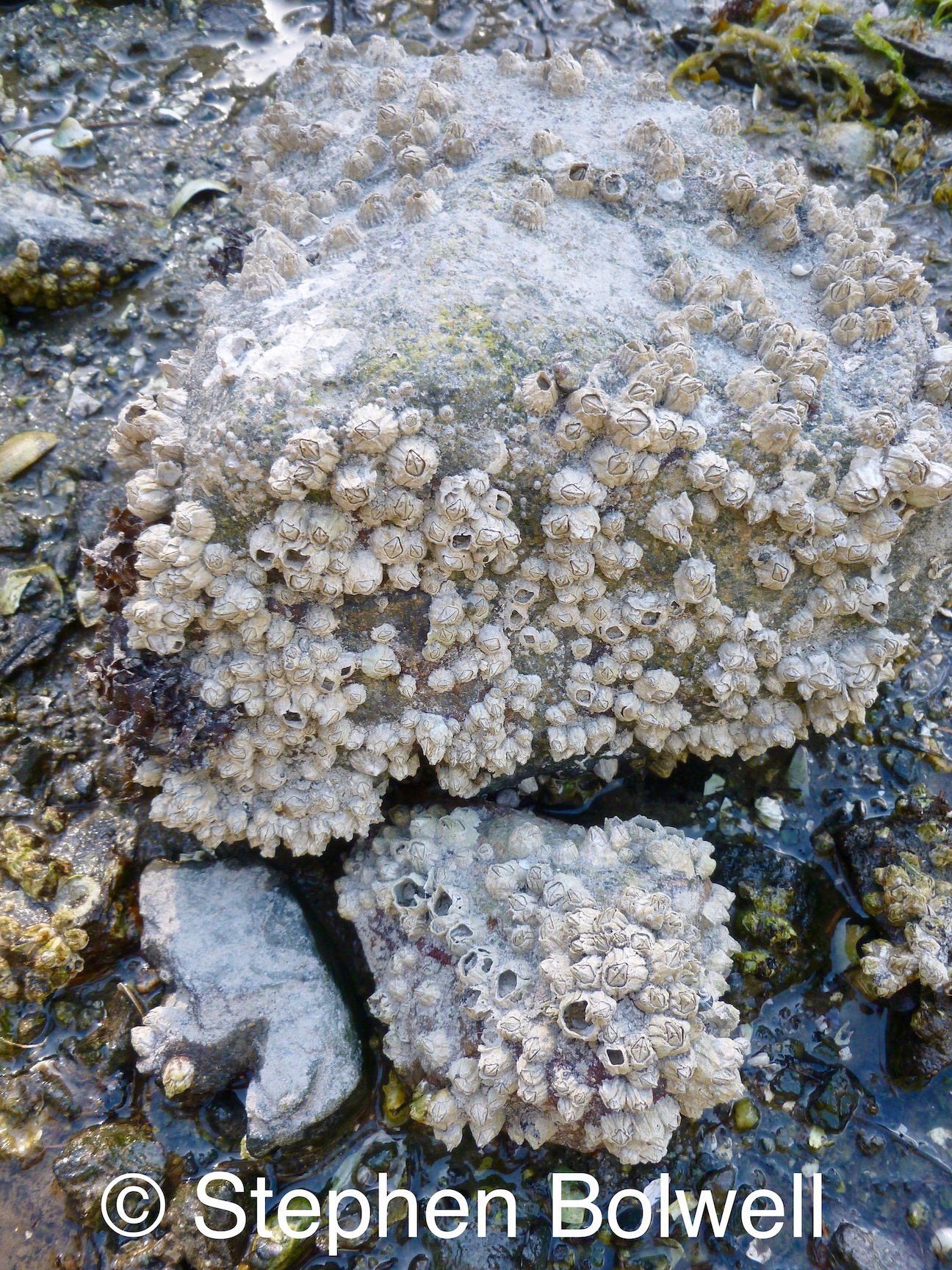 We have become used now to the rugged nature of many beaches along the BC. coastline, where there are good opportunities to look into rock-pools, and the surrounding sea-life is amongst the most diverse to be found anywhere in the world. However walking barefoot, or just sitting on the beach is not a pleasant experience; not only are the rocks jagged, but the barnacles are razor sharp and certainly this is not a beach where you can appreciate the freedom of the sand between your toes.

There isn’t very much shade down in the cove at this time of day, it has become an amphitheatre of heat which is probably unusual so early in the year. We eat our lunch and then Jen quickly moves off to find somewhere more comfortable to sit, she selects a shady area overlooking the cove. I wander further on around the headland and under the trees, once the open sea is visible, a gentle breeze blows in which is very agreeable after the stifling heat down in the cove.

We leave this coastal area during early evening and walk back along the boardwalk and cross back across the wetland. I wasn’t expecting to see a beaver so early, but suddenly I notice one clear of the water in startling evening sunlight and unprepared for the moment I didn’t manage to grab a picture before the animal slipped quietly away into the water.

We waited and watched, but the creature had done a favourite beaver trick, disappearing beneath the water and was unlikely to emerge again until well out of site, so we moved on. We hadn’t travelled more than a hundred metres before I noticed a second: this one in the water gathering water lily buds and anything else within arms reach – it moved slowly forward cramming any floating vegetable material that it encountered into its mouth .

Sensing our presence the creature became still and remained in this state for a couple of minutes: it was one of those moments that you often get with vegetarians; deer for example will freeze in an attempt to assess danger before deciding what to do next; sometimes they will look up and stare directly at you, and if you are the sort of person who is bothered by insects and begin to windmill your arms, all will be lost; but if you refrain from moving a muscle, it is possible to be in full view of such an animal and get away with it. There is no need for camouflage clothing – I never kill anything and what I wear never smells of death which is important when observing animals that have a good sense of smell – and beavers do. I am thinking about such things as we continue through our beaver imposed age of immobility. Then, as if bored by keeping still, or perhaps, having forgotten why it had become frozen in the first place, the beaver was once again aware of the boundless, irresistibly lush, freshly washed salad that floated around it and began feeding again, this marking a change of behaviour – as it was now seemed disinclined to stop for anything.

An older man and woman who had arrived by  boat came walking along from the direction of the cove, they could see I was photographing something and stopped several metres short of where we were, then, after a short wait, walked slowly past. By then I’d taken rather more pictures of the rodent than was necessary and I thought it polite to point the creature out to them. The minor disturbance of another two people faffing about on the boardwalk didn’t appear to bother the beaver unduly,  as the animal was long past the point now where it was bothered by our unthreatening presence, and continued to relentlessly drag food into its mouth with both forepaws.

‘I’ve never seen a beaver before’ said the man, ‘it’s most unusual’. ‘We’ve seen two this evening’ I replied, which was a polite way of making the point that not seeing an animal isn’t necessarily an indication of scarcity – it may be that you just don’t notice what’s going on around you. Many people behave as if they are congenitally unobservant, and in doing so are gifted with a series of sudden interesting discoveries of the obvious –  and soon the process becomes a regular feature of their lives. It’s a bit like being religious, and by no means a bad thing… Living in a state of continual enlightenment can be very rewarding.

Apart from a couple of robins and a red winged blackbird; this was a day when most feathered forms were avoiding the heat and remained inactive.

What you see always depends upon the prevailing conditions, but it would be difficult to come to such a delightful place without noticing something of interest no matter what  the weather was like. We had visited on a wickedly hot, blue sky day with intense colours and sparkling waters, but not an especially good one for viewing wildlife, although the privilege of being in such a beautiful place should be enough in itself, and with climates everywhere becoming increasingly unpredictable, we might in future just have to make do with that, unless of course we all suddenly wake up and start doing something about it.